Conversations with the most interesting, funny and inspiring people in snowboarding.

Episode # 58
I was first introduced to Nick and his twin brother Chris by my friend Justin Majeczky who was filming the Nick and Chris in the Tahoe area about six years ago. He said, “you should sponsor these dudes, they’re winning every contest out here.”
Since then, Nick and I have stayed in touch, but mostly through the internet or text. We’d occasionally get to chat a bit in person at Seven Springs if our paths crossed, but I didn’t really get to know Nick well until I drove across country with him last fall – we get into that road trip, his relationship with his twin brother, the secret to instagram success in snowboarding and a very sobering story about being jailed in Japan for 27 days.
As a quick note, as you’ll hear at the start of the podcast – this was recorded during the first Podcast Camp at Seven Springs – link to David Zemens article on the camp. If you have interest in attending next year’s TNSP Camp – please listen to the end of this episode for more info.
Follow Nick on Instagram for more amazing POV shots and videos like these:
https://www.instagram.com/p/BZhIDTthCsg/?taken-by=nickgeisen
https://www.instagram.com/p/BTVPixvB_Sk/?taken-by=nickgeisen
Topics discussed:
Winter snowfall 16/17 in Tahoe
Living in an MTV Trap House
Driving across the country with Nate
Nick’s decision making logic
Thoughts on growing up and finding individuality as a twin
Thoughts on money
Ian’s ability to decipher Instagram content
The secret to Instagram success in snowboarding
POV GoPro filming
Controlling his own content production timeline
What it takes to get the shot
Video editing in the blood
Breaking down jumps
Learning skateboarding through trick tip videos
The key to the 1080
Backflips and chicks – the flip frenzy!
Locked up in Japan for 27 days and staying positive about the experience
Pictures and videos from TNSP Camp at Seven Springs: 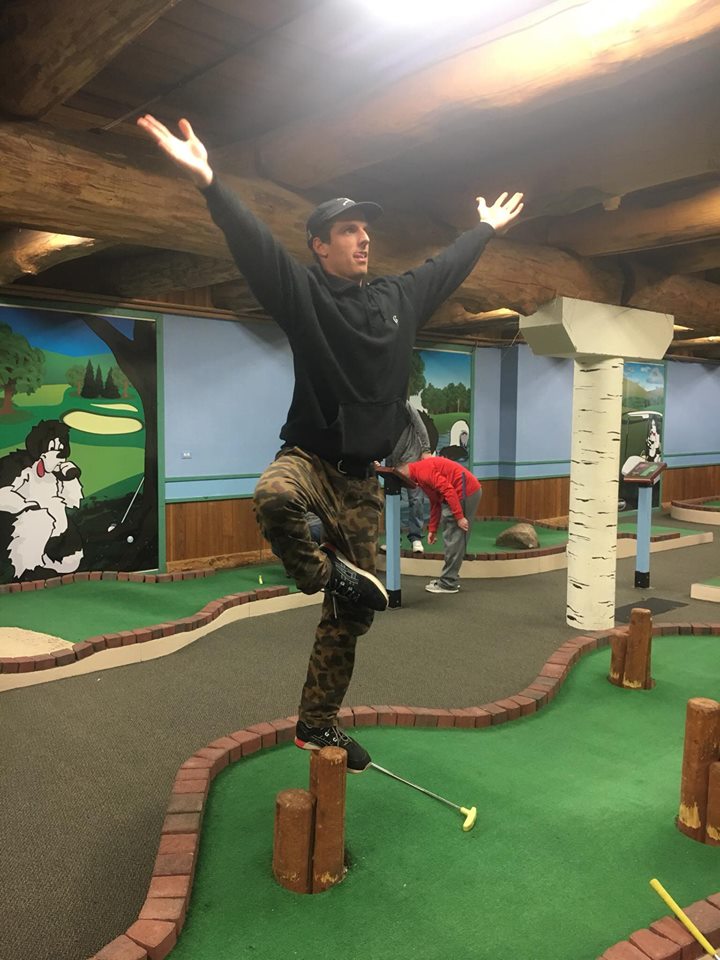 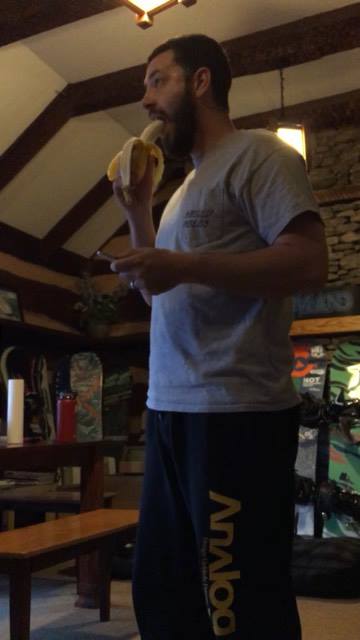 DJ ate all the bananas – many of them he didn’t even have to bite once!

I rode David Z’s vintage GNU – Fast as hell and little to no sidecut. It was a blast!

I caught up with part of the gang at lunch and made them pose for a group picture. It was hard to get a couple of them to come out of the bar…

Zack had a blown knee but he still powered through this tail press.

DJ found a huge snowbank – so he posed for a picture with Colleen. He was using this as evidence of the massive amounts of snow on the backside #fakenews

Rayna killed it in The Streets – look out for her full part coming soon!

Last day of camp – the sun came out!

Quotes from the episode:
“A lot of kids have been jumping off the lift into the halfpipe this year.”
“My name’s DJ and my truck is still stuck at Assateague.”
“Every time I come home to Virginia – it’s calming.”
“A lot of people ended up knowing us as “the twins” – I’ve realized now that it became a hinderance.”
“We did everything the same up until three and a half years ago.”
“A lot of people go through life and they feel lonely, but they don’t admit it…”
“Knowing somebody so well that you know everything, just by one quick glance.”
“My problem is learning just to be ok with being you… as long as you didn’t die you learned something.”
“I hate money… We can’t eat it, we can’t roll a joint with it.. (DJ – I think we can)”
“The first fifty to one hundred videos I put out didn’t get a lot of views.”
“I’m not going to warm up with a back 10 and then go do a back 3…”
“You do a back 10 perfect and it feels like a straight air…. I consider it a petty safe and easy trick”
“I’m gonna get girls if I can do a backflip.”
“I made a really stupid choice…”
“No socks, no shoes no bed – the only walking I did was in a an eight by ten cell.”
“I lost twenty five pounds and I was already skinny.”
“Handcuffed to your waist and your feet with six police officers…”
“I will always be a skateboarder.”
Want to help the podcast grow? Just click the banner ad below before shopping on Amazon and the podcast will receive a small commission from your purchases at no cost to you.
Thanks in advance -Nate and AJ
Right Click here to download the episode:

Help support the podcast for free

Stay Up To Date With The Not Snowboarding Podcast